Following on from writing of the whale washing up on Mothecombe beach, I started recalling other unexpected bounty we have seen over the years.  One day Bradley, who was a volunteer coastguard as well as an estate employee, came to the house in a state of high excitement as he had discovered 15kg of pure heroin wrapped in waterproof cloth.  After contacting the local constabulary we learnt that a drug drop had been suspended in the sea, off the beach, attached to marker buoys, for collection when the coast was clear.

This cave is always supposed to have been a smugglers cave, leading up to the house, but we never found the other end!

Another day, Bradley discovered an unexploded phosphorus flare on Mothecombe beach.  The bomb squad came out and surrounded the “bomb” with sandbags before detonating a controlled explosion.  It made a bit of a hole, but a couple of tides soon remedied that. 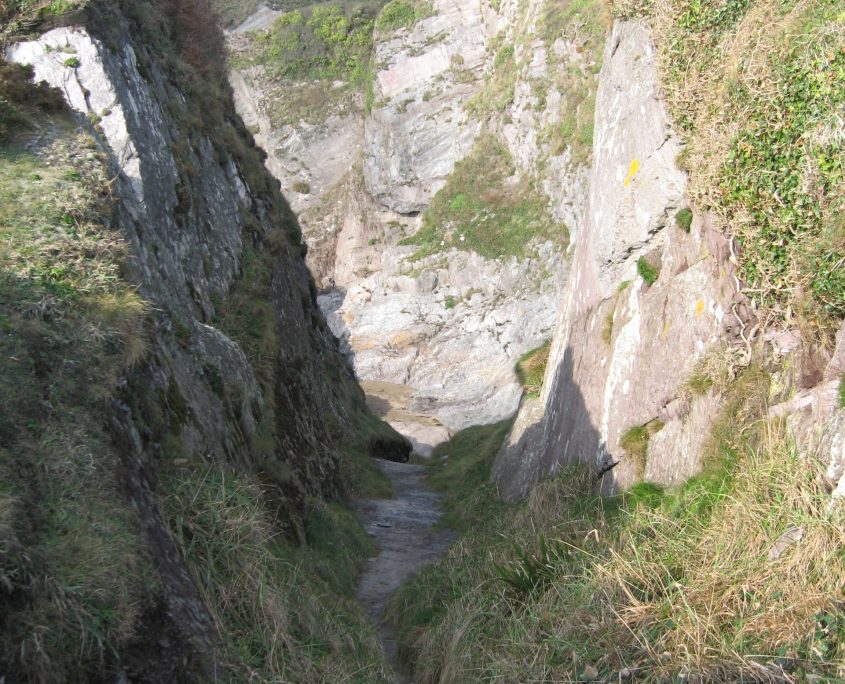 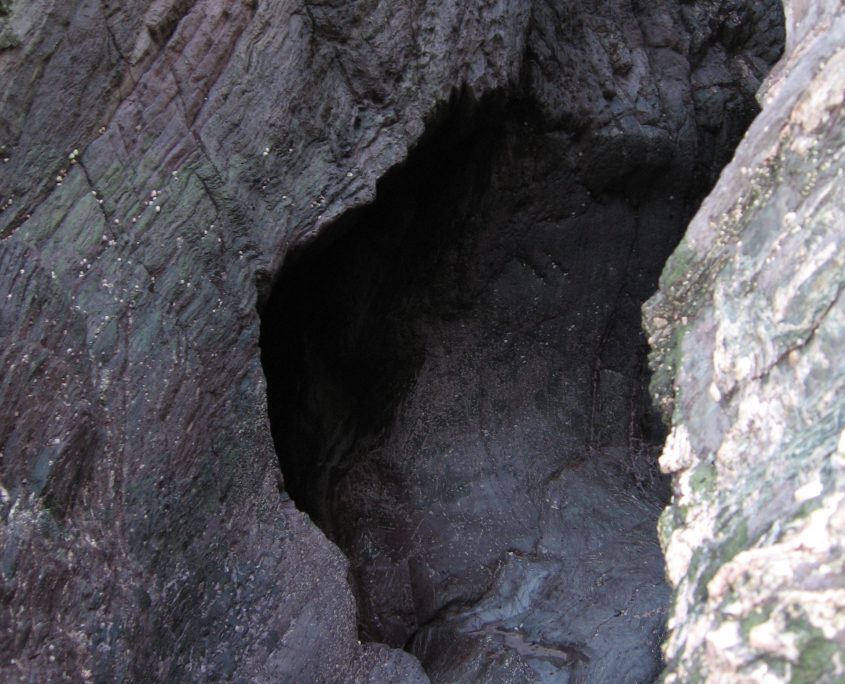