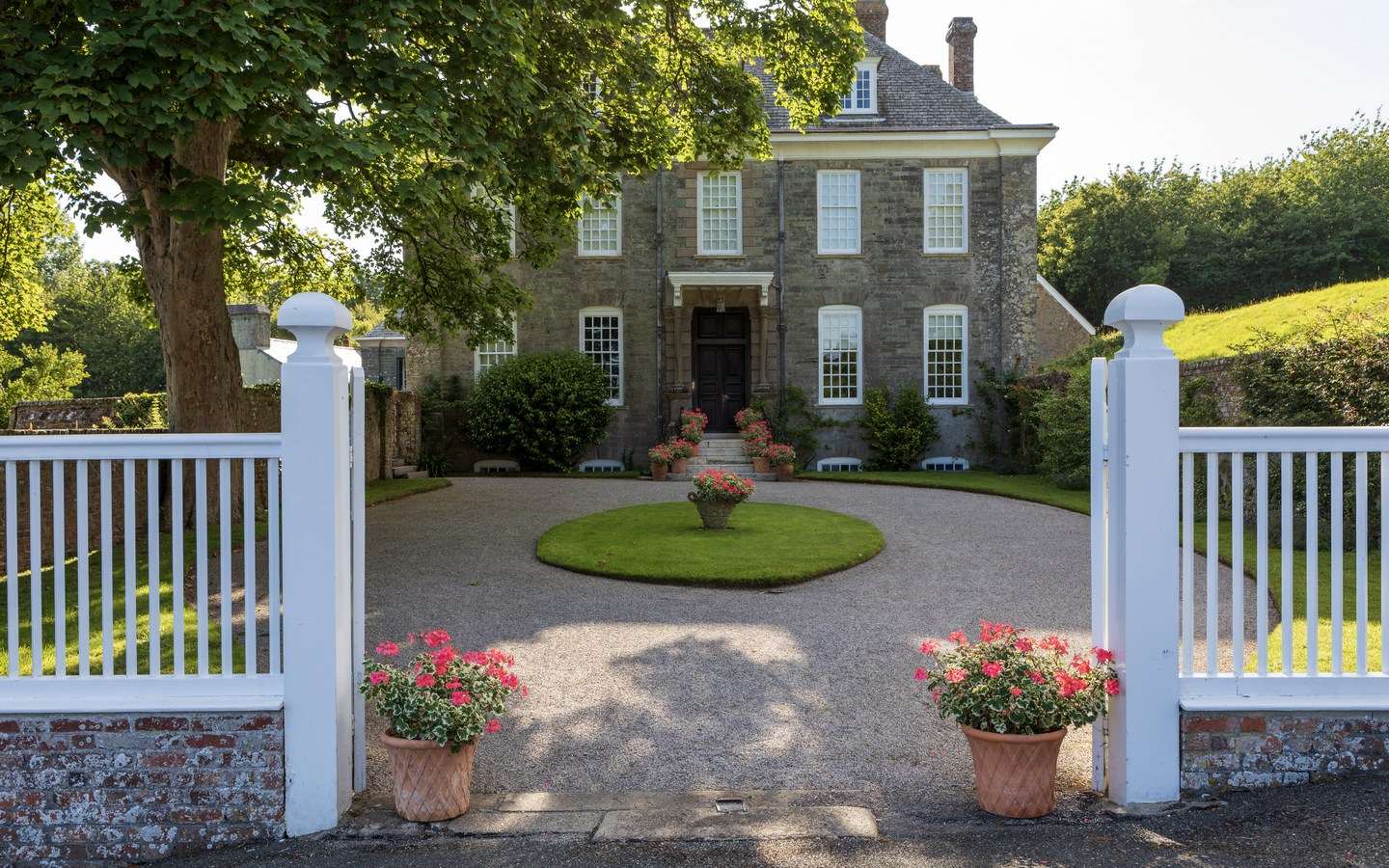 Mothecombe House and gardens are situated above Mothecombe beach, at the mouth of the Erme estuary on the Flete Estate. They are tucked under one side of a valley running down to the beach, so they are several degrees warmer than the village of Holbeton, two miles inland, and they are sheltered from the prevailing south westerly salt laden winds, allowing tender plants to flourish.

Overlooking the whole garden is Mothecombe House, a Queen Anne house with additions by Sir Edwin Lutyens. On the south front there is a walled garden with Lutyens Terraces planted with wisteria, irises and agapanthus, and a lawn with herbaceous borders. A door leads to an orchard underplanted with daffodils, with a camellia walk to the woodland garden. Grassy paths lead up to the Duchess’ Walk and hazel tunnel to Mothecombe Grove and the Autumn garden and back past the eucryphia which absolutely hums with bees in August.

The camellias, magnolias and cherries are underplanted with masses of snowdrops and hellebores followed by primroses, Solomon’s seal and sheets of bluebells, foxgloves and campion as spring advances. As the camellias lose their blooms, the rhododendrons and ornamental acers take centre stage in the bluebell woods. Turning the corner one suddenly hears the sea, and can glimpse the waves through the trees.

Returning along the bottom path, two giant gunnera of elephantine proportions flank a pool, and a thicket of brilliant willow and cornus appear luminous in the low winter sunshine, followed by Pieris forestii and deciduous azaleas. The next blaze of colour is in the bog garden, with masses of cool green ferns and huge arum lilies, skunk cabbage, iris, primulas, astilbes and hostas. A ribbon of arum lilies in the stream leads to the cottage wich looks out on to towering echium, and a mass of iris, astilbes and agapanthus. Finally, beside the gardeners’ bothy and potting shed, are the glass houses and walled Bee garden which backs on to the old stable block. This once provided cut flowers and soft fruit during the summer month when the house was filled with family and friends.