A big thank you to everyone who responded to the appeal for Flete babies to contact us. Such a great range of stories.

That reminded me how often visitors to the Mothecombe Gardens Open Days they tell us of a relative who once worked at Flete. So many families still live locally and may recognise the name of an uncle or great aunt in the following list.

The great Mrs Woodman; like Mrs Patmore, the cook in Downton Abbey, the cook was always referred to as “Mrs” even when they were not married. She was with Lord Mildmay at Flete and then at Mothecombe for fifty years. Keep and eye out on the blog for some of her traditional recipes which we will be posting shortly.

Two of the butlers, Mr Fossey and Mr Shelton, who commanded great respect , were also with the Mildmays for many years, as was CarrCarr the House keeper.

Mr Cavill was the head gardener and Jerry Jarrett started in the gardens at Flete as a fourteen year old boy, then worked at Pamflete after the war, and finally advised us on pruning the fruit trees at Mothecombe when he was in his eighties.

Rose Steer was a nanny and Daisy Ludgate, later Hinsley, was a nursery maid, who continued to correspond with the late Helen Mildmay-White well past retirement.

Mr Brown was Lord Mildmay’s valet for many years and Joe Stallard was his second horseman and went to the front in World War 1 with him. Lomas was the stud groom, with sons Jim and George.

Alfred Tall was the house carpenter at Flete. Baker the head keeper (gamekeeper) lived at the kennels, Bushrod was the under keeper, and Nepean was the keeper for Pamflete wood, and can be seen at his cottage with his family in a photograph on www.flete.co.uk/gallery-history. His son lived at Saltgrass, the cottage with the boathouse under it on the Kingston side of the Erme river.

We would love to hear of any more families who have Flete connections. 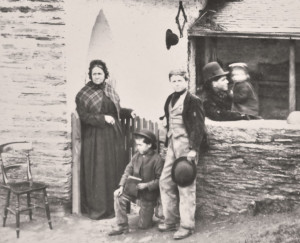 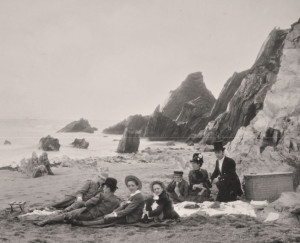 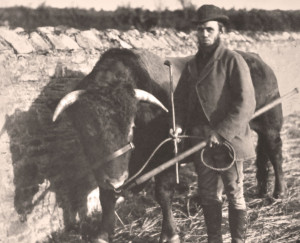